Daycare centers are entrusted by parents to take care of their children when they are not around. These Daycares provide a vital service to countless parents but there are instances of Daycare abuses where they have failed to give that protection and love to the children they promise.

Daycare abuse is a serious issue and nowadays it is increasing at an alarming rate. Such abuse can have far-reaching consequences for the child as well as their family. Children can be easily influenced and manipulated by an adult who is looking to take advantage of them.

Child abusers follow a certain unwritten protocol. In most cases of child abuse, the abuser uses fear to intimidate the victim and keep them from speaking about the abuse. These monsters often tell the children that if they tell anyone then they will get in serious trouble. Sometimes these abuses take advantage of a child by gaining their trust first and then stressing that it needs to stay “their little secret”.

In order to find out about such manipulative abuses, you need to speak with your child about this thing. And ensure them that they can talk to you about anything without fear of retaliation.

There are different types of child abuse, among them the most common ones being physical abuse sexual abuse emotional abuse, and neglect. All types of abuse can have a long-lasting effects on your child. In order to give your child the best chance at recovering from such trauma, you need to be vigilant supportive and explore all options for treatment such as counseling or therapy.

How will you know if your child is a victim of child abuse? Sometimes it’s not enough just to communicate with your child but you should look out for any kind of suspicious behavior or physical symptoms of abuse. In some instances, children can’t or don’t want to talk about these things. Don’t take their silence as a sign that is all good. They are always cues that indicate a serious problem. 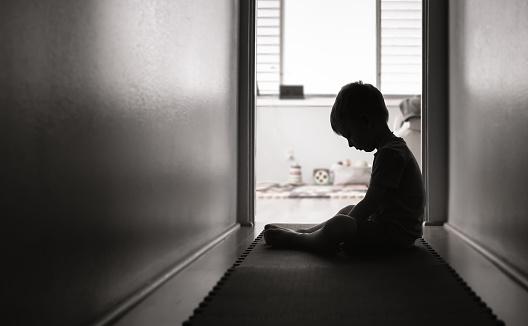 Take notice if you child suddenly becomes withdrawn, shy, depressed or show the sign of guilt or shame. If a child suddenly seems to be withdrawn and caught up in their own world, it is a sign that they are hiding something. It is very difficult for children to keep secrets and when they feel ashamed they may retreat into themselves. An abused child may also become aggressive as a way of dealing with the trauma of abuse. kicking, biting, and scratching are all red alerts for you to the lookout.

2.Showing fear or anxiety towards the daycare or an employee.

An abused child is always clingy and reacts in a fearful or angry manner when they are about to be dropped off at a daycare center. They make fake illnesses, cry or make excuses not to go there. Sometimes such things are seen as tantrums, but pay attention and see if there is a pattern especially if this behavior always has to do with the daycare center. If your child comes to you expressing discontent about a certain individual in the Daycare Centre, it is your responsibility to take them seriously and ask more questions about it.

Unexpected bruises and cuts which do not go away are also a sign of child abuse. Brushes on the wrist, Forearms, buttocks, back of the legs, or shoulders are often indicators of physical abuse. If a child flinches at sudden movements or raised hands or cowers when being touched, this is a strong sign of previous physical abuse.

4. Reverting to infantile behavior that they outgrew long ago.

If your child shows signs of regressive behavior like excessive clinginess, bedwetting, thumb sucking, fear of the dark, excessive crying, etc, this could indicate serious emotional issues that are often caused by verbal or sexual abuse.

Any kind of trauma isn’t easy for the minds of little ones to bear. As a result, they internalize it and push it deep into their unconscious mind and this may manifest itself in bad dreams and nightmares.

6.Urinary tract infection or soreness around the genitals

Any type of urinary tract infection is obviously a serious cause of concern. Itchiness or soreness around the genitals is also a major concern. If your child is experiencing any of these issues, please seek a medical evaluation at the earliest.

Shaken Baby Syndrome (SBS) is a form of child abuse that can lead to permanent brain damage or death. The condition is entirely preventable and is typically done by a frustrated or overwhelmed caregiver. If your child is still a baby, look for signs of Shaken Baby Syndrome. Which includes:

Daycare Abuse Has A Lasting Effect On A Child

Child abuse by a daycare employee can have lasting effects which may require long-term medical or psychological treatment. You may have to engage quite a few resources to help support a child who has been abused. Their trust on adults may be significantly diminished. So there may be a behavioral and social issue that they will struggle with.

Many abusers unfortunately seek out employment in places such as Daycares. This gives them easy access to children. While licensed Daycare centers are required to do a background check of employees with access to children. It is not uncommon for daycare centers to fail to do so. Leaving a child with an unlicensed Daycare provider is very dangerous as there is no regulatory oversight of any kind.

If your child shows signs that may indicate physical or sexual abuse, it is important that you take them to a doctor for an immediate examination. Pediatric doctors are able to determine how an injury likely occurred. They also know what injuries are rather normal for children and which ones are not. This determination is important for both Civil and Criminal cases brought against the perpetrator of the abuse.